The Swans District have concluded another closely contested Progress Developments Cup at Baskerville Reserve. The social football competition has grown in stature in only its third year with junior community clubs such as Bassendean JFC, Chittering JFC, Lesmurdie JFC, Swan View JFC and Upper Swan JFC nominating multiple teams to compete in the increasingly popular competition.

The competition, which is proudly supported by Swans District Principal Partner, Progress Developments saw more than 100 Year 4, 5 and 6 players put through their paces in a weekly social football competition designed to develop the skills of modified football players and promote greater retention of players in the Swans District Junior Competition.

The exciting brand of football gives fledgling footballers the chance to have a kick with their mates beyond the last day in September. The Progress Developments Cup is based primarily on modified football rules, but it also includes some subtle differences including small-sided teams and wristbands to distinguish between defenders, forwards and midfielders. The social football competition promotes an inclusive environment with all players provided with equal opportunity to play to the best of their ability.

With players getting the chance to switch between defence and attack simultaneously, it’s easy to see why kids keep coming back on an annual basis. Whilst most players embraced the chance to play for longer durations, collect more possessions and score more goals than they would normally in a junior community match, spectators were also treated to a series of exciting contests and impressive displays of skill.

The strategy aligns with the recent inclusion of an AFL 9s senior competition at Fawell Park, which provides players aged 18 to 65 with the opportunity to pull on the boots in a 10 week competition supported by Swan Athletic FC.The Swans District plans to utilise the tripartite social football competitions to maximise the exposure of Progress Developments in the Swan Valley and the great work its doing in shaping lifestyles in the Swan Valley. Progress Developments possesses a suite of residential properties including Chenel at St Leonards, St Leonards Private Estate and Suffolk Private Estate. 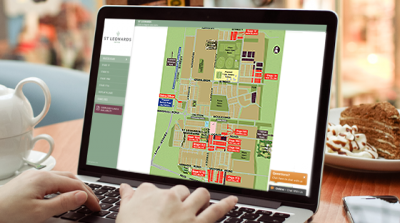