Progress Counts In Kids of All Abilities

The program began on 4pm on Tuesdays with Swans District staff giving participants the chance to connect to AFL via participation in games such as Commando Course, Farmer Sam, Rob The Nest and Run The Gauntlet. Such programs provided participants with the capacity to develop cognitive skills and self-esteem whilst utilising soft-touch footballs to develop greater capacity to engage in Auskick or junior football. Swans District Development Assistant, Kellie Gibson said the program brought a number of significant benefits to the participants. “I’ve never seen so many smiles from the kids, who really enjoyed the sessions,” said Gibson.

The eagerness shown by the participants to learn how to play AFL and excitement generated by their participation made the program a big hit with their parents who saw the positive benefits the program had brought to their children on an individual basis. The program was highlighted by a bunch of colourful personalities who brought something different to the group each week and showed significant progression in their personal development. The biggest attraction for the participants was undoubtedly the commando course, which provided them with a platform to show their progression in balancing, running, skipping and jumping through a series of beams, hoops and ladders.

Wayne Rudd, a parent of Josh Rudd, was positively glowing in his appreciation of the program, Progress Developments and Swans District staff due to the massive improvement in Josh’s practical and social skills since becoming part of the program in 2012. Swans District staff have seen participants such as Mr Rudd’s son grow incrementally in both their knowledge of the game and their capacity to socialise with their peers.  “I am pleased with what Progress Developments and Swans District have done in the past three years. I was deeply grateful for the opportunity my son Josh was given to meet the other children and staff,” said Mr Rudd. 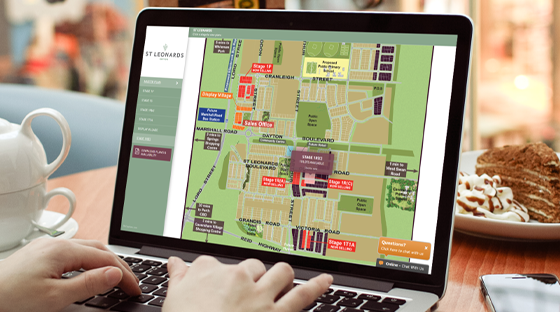